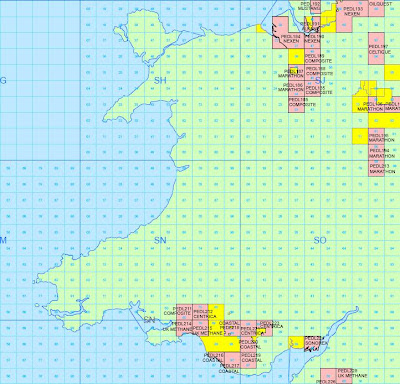 Amid all the hoo-haa over the massive price hikes announced by Centrica and co. this summer, what was less publicised in the media was the fact that companies like Centrica have been quietly buying up drilling licenses for a massive gas resource that is sitting, quite literally, under our feet. This resource, known as Coal Bed Methane, is deeply intertwined with the history of coal in areas like South Wales, but has never been a large scale commercial prospect. Until now.

Coal Bed Methane is basically gas that became "locked" into coal seams as they were laid down millions of years ago. It's tapped by punching into these virgin seams with drilling rigs, and drawing off the released gas. As North Sea gas reserves have begun to decline, and global prices for gas have risen in lock-step with Oil, "niche" prospects like CBM have become increasingly attractive. In the US, for example, it now accounts for around 10% of production. And south Wales, as any ex-miner will tell you, has some of the gassiest coal in Europe.

If CBM is going to take off anywhere, it's going to be here.

Over the last few months the Department for Business, Enterprise and Regulatory Reform has been selling off "licensing blocs" to prospect for this resource, including large areas of south Wales like the Rhondda and Caerffili. The Welsh Assembly has no formal input into this process, and the amount that BERR is raking in for selling these licenses is not a matter for public record. BERR's own figures show that South Wales is sitting on an onshore gas resource of around 13 trillion cubic feet, comparable in quantity to Norway's massive Ormen Lange field, one of the largest gas fields in Western Europe.

Unlike South Wales, however, Norway is not a privatised paradise, and the Norwegian State has taken steps to ensure that the benefits of Norways' significant energy resources are felt by all it's citizens. To this end - while the Tories in Britland were busy privatising anything that wasn't bolted down - in 1990 it established the Petroleum Fund of Norway. This fund, via the Norwegian Government, is owned by the people of Norway, and it's value now stands at around $300 billion dollars. Profits are used to fund social welfare programmes.

Not bad for a small nation of 4.7 million souls...

Of course, if Labour in Wales was a genuine Socialist party it would argue that the significant gas resource now being eyed up by the big energy firms should be taken into collective ownership on behalf of the people of Wales. It could either be used to provide cheap, locally available gas to the local population, or sold onto the wider market, and the profits used to provide support and subsidy to poorer sections of our society. Or both.

But Labour in Wales is in hock to a government in London that is dogmatically wedded to what Andrew Davies AM likes to refer to as "market-based" solutions. As escalating gas prices hammer low income families even before winter kicks in this year, the big energy companies are preparing to open up a new "gas frontier" across some of the poorest areas of the United Kingdom. Given that the Valleys derived little benefit from the exploitation of it's coal resources the first time round, what reason is there to expect that they will benefit any more this time?

If ever an opportunity presented itself to wrongfoot Labour on a socialist issue, in their core constituency, exposing all their talk of "clear red water" as little more than empty rhetoric, this is it.
At the end of the day, if a small independent nation like Norway can utilise it's significant energy resources for the benefit of it's people, why can't we?
Posted by Draig at 7:40 PM 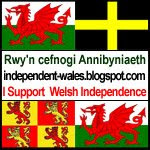